I am really picky about my operating systems, and often find myself in a situation where I’m not satisfied with using Linux, macOS, or Windows. This is mostly my own fault, and the subject for a different blog post entirely. Development on my laptop (a 2015 Macbook Air running macOS Sierra) and development on my home desktop (Ubuntu 16.04 with i3wm) are two different beasts. Generally, I prefer the setup I have on my desktop, but screenshots are one front where macOS blows Linux out of the water. A user on AskUbuntu posted about just this, I’ve made some small modifications and would like to share.

We’ll need a few things for the script to work properly:

On Ubuntu, do a simple apt-get install scrot imagemagick libnotify-bin. Substitute for your applicable package manager if you use a different flavor of Linux.

With those installed, grab the shell script here. It would be wise to place it somewhere in your PATH so you can call it in a terminal without providing an absolute path. Here’s the contents, which you might need to tweak a bit:

Be sure to make the script executable with chmod +x /path/to/dropshadow.sh. Open the script in your preferred text editor.

Firstly, configure SCREENSHOTFOLDER to a path which you’d like the screenshots to be saved to. Make sure that the directory already exists.

If you’d like you can configure the drop shadow. There are a few parameters to tweak, and the comment on line 29 might make the syntax slightly clearer:

You can read the imagemagick documentation for more information on the drop shadow syntax.

By default, the script uses notify-send to send a notification to your window manager, with a low priority and a 2 second expiration. I did this because often the convert process takes a second or two. Remove or comment this line if you’d like to disable this.

Now that the script is configured, run it by doing:

If the script isn’t in your PATH like I mentioned earlier, you’ll need to add it’s path to the argument, for example:

Either single-click on a window you’d like to save, or click and drag a region to save. scrot handles both cases. Once you’ve got that working, you’ll probably want to add a keyboard shortcut. I’m using i3wm, but you might not - so this process will be different depending on your window manager. If you’re using GNOME, you can try this. Otherwise, just hit up Google and I’m sure there will be a million answers for your use case.

In mine, I edit ~/.config/i3/config and add a single line:

And reload the configuration. Screenshot away! 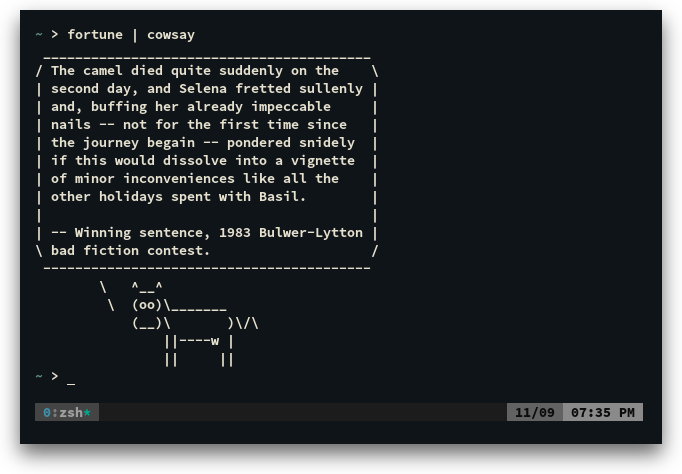