After trying a couple different kinds of keyboards, I eventually settled on a Happy Hacking Keyboard. The keyboard is really a topic for another post - the reason I mention it is the placement of the ctrl key. At first glance, it’s gone. Where’s it gone to? It’s replaced the bastard child of keyboard keys, Caps Lock. I had made the switch to caps lock control around a year before I picked up my HHKB, so it was no problem using it, mostly.

I use macOS, both on my laptop and desktop (a Hackintosh). Using Linux, or even Windows, the ctrl key tends to be the only real modifier key you need to worry about, especially in the context of using a terminal. tmux only makes things more complicated. On macOS, the cmd key tends to be a pain in the ass.

Copy and paste, quitting applications, and all sorts of other things that you’d typically do with the ctrl key on a Linux or Windows machine, all use the cmd key instead. So, using macOS’s built-in keyboard configuration, I mapped my ctrl modifier to be cmd, and my cmd modifier to be ctrl. Sweet, now I can reach for the key I’m used to and get cmd instead. 90% of the time this is great. 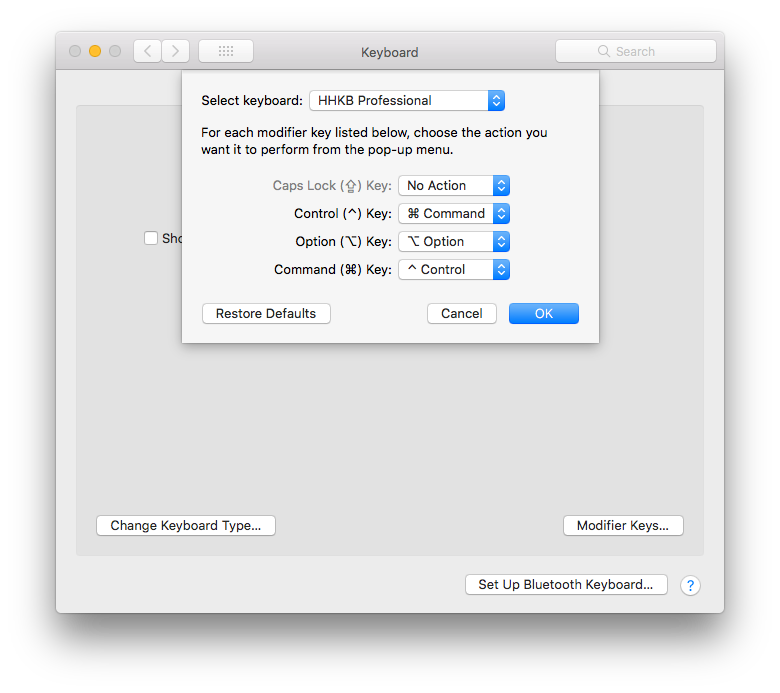 Where it doesn’t work out so well, is in iTerm. Expectedly, terminal commands like ctrl + c and ctrl + l (which clears the buffer, super useful) don’t just work with the cmd key - you need to use ctrl. This sucks, because muscle memory from using Linux makes me reach for what is now my cmd key. Any terminal programs that use ctrl shortcuts are affected (like nano, for example).

iTerm is pretty configurable, so what we can do is set up certain key combinations to forward hexadecimal key codes for the ‘proper’ keys. Open up iTerm’s preferences window, and head to the ‘Keys’ tab. In the ‘Key Mapping’ section, click the plus button to add a mapping. Click the field to set the keyboard shortcut - let’s say cmd + c. This is the literal shortcut you’ll use to trigger the mapping, so you should be pressing the shortcut that you actually want to be pressing on a regular basis. 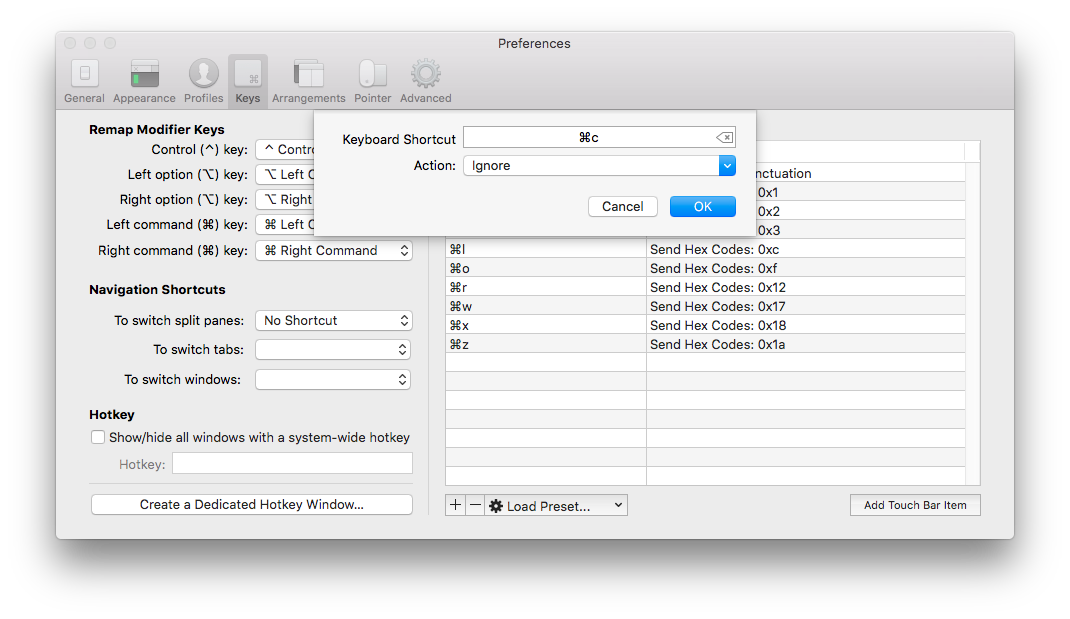 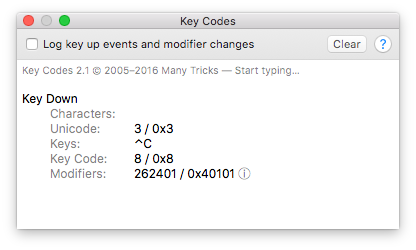 Copy the hexadecimal code under the Unicode section into the iTerm field. Make sure you include the 0x prefix - in my case, ctrl + c is Unicode 0x3. Press OK. Now you should be able to test out the new mapping - open up a terminal and use the cmd + c shortcut - it should send a SIGINT like ctrl + c typically would. Perfect! Now you just need to repeat the process for whatever other cmd shortcuts you’d like to map as ctrl shortcuts. Here are the mappings I use:

Obviously you can pick and choose which to add, or add more if you have a need. Also keep in mind that these shortcuts can no longer be used to manipulate iTerm itself, so be sure to avoid mapping any keyboard shortcuts that you already tend to use, like cmd + q to quit, or cmd + t to open a new terminal tab.